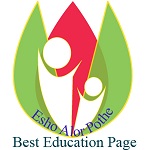 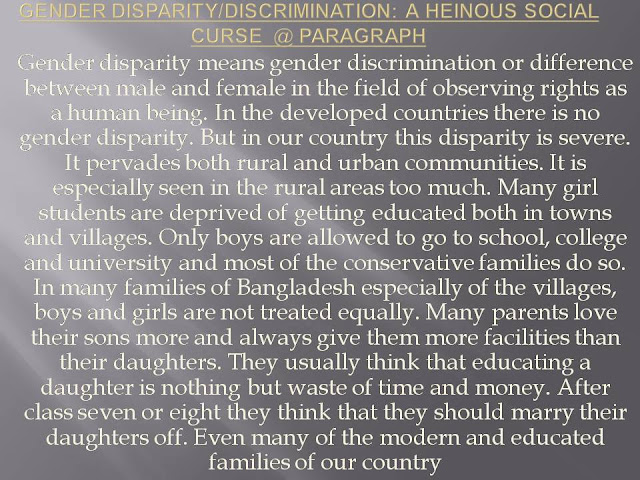 Gender disparity means gender discrimination or difference between male and female in the field of observing rights as a human being. In the developed countries there is no gender disparity. But in our country this disparity is severe. It pervades both rural and urban communities. It is especially seen in the rural areas too much. Many girl students are deprived of getting educated both in towns and villages. Only boys are allowed to go to school, college and university and most of the conservative families do so. In many families of Bangladesh especially of the villages, boys and girls are not treated equally. Many parents love their sons more and always give them more facilities than their daughters. They usually think that educating a daughter is nothing but waste of time and money. After class seven or eight they think that they should marry their daughters off. Even many of the modern and educated families of our country
Tags paragraph writing topics paragraph sentence paragraph in english how to write a paragraph example of paragraph with topic sentence#
Share This

paragraph writing topics paragraph sentence paragraph in english how to write a paragraph example of paragraph with topic sentence
Posted by boss at June 28, 2020

Email ThisBlogThis!Share to TwitterShare to FacebookShare to Pinterest
Labels: paragraph writing topics paragraph sentence paragraph in english how to write a paragraph example of paragraph with topic sentence